PCB production is the very backbone of the electronics hobby. To take a one-off design done on breadboards with Arduino or other dev boards to a all-in-one PCB is just an awesome experience that one can go through. At the heart of making PCBs are the PCB manufacturers. OSHPark, Seeedstudio or many other famous PCB manufacturers exist today and all of them provide high quality, low order quantity PCBs at an affordable price.

However, I realized that where the PCB industry was lacking was affordable PCB assembly especially when you are using pin-pitch components on the order of 0.5mm and BGA packages. That was of course until I found PCB:NG. PCB:NG is an awesome PCB producer based in USA much like OSHpark and Seeedstudio except it provides assembly services at a very competitive low price. The last time I was out in the market for assembled PCBs, I was tripped up by local PCB manufacturers having super high prices. Check this post out for more of that. However, when I went back searching

The Intel Joule has been released. Yesterday, Intel made a announcement that took the maker community by surprise. The Joule is a extremely feature dense board which really packs a punch. But does it stand up to the venerable Raspberry Pi which is seems to want to directly compete with? Is it even worth it's price tag? These are some really good questions I will be addressing in this post. 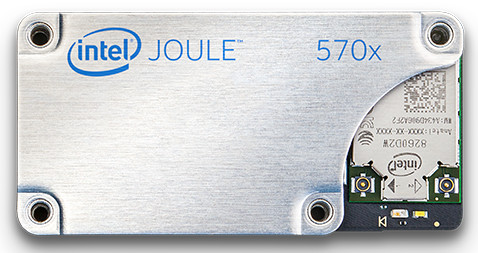 First things first. Before we even take a closer look at the new board, let's first analyze the specifications of the board.
The Intel Joule is available in two separate models, the 570x and the 550x and both of them have impressive specs which beats anything I've seen in that kind of a compact platform before.

This is the post zero in a series of posts about the KSP control station we have been working on for a while now. This project got its beginnings back when we were preparing for Maker Faire Singapore 2016 where we wanted to make something big. Something that people would see from across the room and go "Wow!".

So in the end, we came up with the KerbalKontrol V1.0 which was quite successful and attracted a lot of attention at Maker Faire. In addition, it also got some love from the Reddit and Hackaday community! The response was some of the best we have had since we launched and motivated by that very response we decided to launch this series.

In this series, we will be re-doing the whole project again in a less rushed manner than it was done before and iron out all the quirks and the problems we had before, both software and hardware. We will also be starting a Gitlab repo for this and publicly sharing all our design files with the community so if you are interested in making

This post is a bit delayed, but Oshstencils, my goto solder stencil supplier, has recently revamped their website along with adding stainless steel stencils!

Autodesk bought Eagle! If you haven't been living under a rock for the past week, you would have heard the news that Eagle was sold to Autodesk by farnell/element14. How do I feel about it? Well, that's what I'll be talking about in this post.

The first reaction I had to this piece of news when I heard it was to think that that was awesome! I'm sure most of you who read my posts know I'm a hardcore Autodesk fan and the fact that Eagle is now run by Autodesk just gave me more reason to move to it (aside from the bountiful libraries). So, in short, I was quite excited about it.

So I gave it more thought as I contemplated switching from my daily driver software KiCad to Eagle. Then Adafruit released this awesome interview with Autodesk about their new purchase. It seemed to indicate that Autodesk will be making incremental updates to the Eagle software. I hope they improve on the UX a bit more and stuff but all that is going to take time.

The second ever full fledged Maker Faire has made its pass this year and it was a really productive and enriching experience. We as MakerForce did have a booth there and we all had a lot of fun. In this post, I will be talking about the Maker Faire experience in Singapore , our booth and the interesting people we met there.

I've got to say that the maker culture in Singapore is increasing rapidly. Just 3 years ago, there were just 1 hall full of booths. This year, there was at least 3 halls full of fun and creativity. From pneumatic musical instruments to escape rooms, this year's Maker Faire was overflowing with awesomeness. Also, this year's Maker Faire was held in in the SUTD campus, which gives me a good excuse to check out SUTD as a future university.

As some of you might know, I am a regular AutoDesk Inventor user. I do a lot of my projects using AutoDesk Inventor and I really enjoy the user experience crafted by the guys over at AutoDesk. So, we were at Maker Faire Singapore last weekend and I was looking at the AutoDesk booth. They were showing off their new software—Fusion 360. And I was completely blown away. After a really long look at its UI and the features it offers, I was bought over. I decided to switch to Fusion 360 to check it out and I thought I should write a comparison between Fusion 360 and Inventor. Before we start a full on comparison, let's take a quick look at what Fusion 360 has to offer. Fusion 360 is the all encompassing software. It integrates 3D CAD, CAM and CAE software into one big user-friendly bundle. This means that you can design your product, simulate or render it and provide 2D drawing files all from a single application. In addition, it also has both free form and parametric method